There are a substantial number of Slovak speakers all over the globe, including Slovakia, the Czech Republic, Ireland, the United States, Hungary, Ukraine, Romania, Croatia, northern Serbia, Canada, Austria, Bulgaria, Poland, and Australia. With a language spread so far and wide, communication is improved with Slovak translation services. There are four main dialects in the Slovak language, described as Eastern Slovak, Western Slovak, Lowland Slovak and Central Slovak. Although there are similarities between Slovak, Polish, Serbian and Croatian, they are not mutually comprehensible. The Slovak language should not be confused with Slovenian, as they are two separate languages. 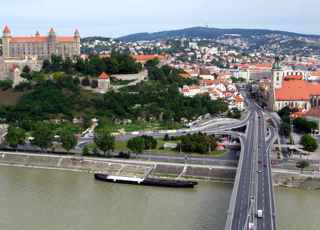 Slovak Translation Services can cover a wide variety of applications, including:

Slovakia holds many attractive features for foreign investors, namely the low tax rates, low wages and the very well educated workforce. An important sector of the economy is industry, particularly electrical engineering and car manufacture. With international companies such as Volkswagen and Sony having plants and factories in Slovakia, it is essential to use Slovak translation services for all business communications, manuals and trade contracts.

The capital of Slovakia is Bratislava, and the geographical location of this city has lent it to become a crossroad for international trade traffic. It is the hub of the road, waterway, railway and airway networks.

Slovakia is a landlocked country located in Central Europe, and has an estimated population of over five million. It is bordered by the Czech Republic and Austria to the west, Ukraine to the east, Poland to the north and Hungary to the south. This central location with so many non-Slovak speaking countries on the borders means that, to communicate clearly and efficiently with so many nations, documentation needs to be translated with Slovak translation services. Immigration documentation such as birth certificates, marriage certificates, passport information and visas, all need to be translated for official purposes.