Czech is the official language of the Czech Republic, and there are approximately 12 million native speakers of the language around the globe, but it is not commonly spoken outside of its native country.  It is a Slavic language which is spoken in Moravia, Silesia and Bohemia. There are two variations of the language, dependent on which region it is being used in. The more common variation is Common Czech, which is largely used in Bohemia. Standard Czech is the second variation, and both dialects have differing terms of pronunciation and grammar. 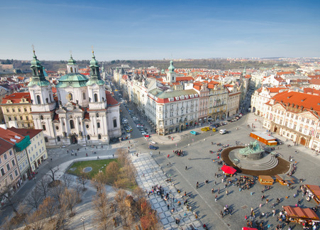 Czech Translation Services can cover a wide variety of applications, including:

The expansion of Czech business into some of the major countries such as the United States and Great Britain has increased the growth of the Czech market worldwide. The economy of the Czech Republic is highly developed and industrialized, and the well-educated population, location in Europe, and low cost structure, is attractive to foreign investors. Therefore Czech Translation Services have become increasingly necessary for the success of global business transactions and documentation. The use of Czech Translation Services breaks down the barrier of communicating efficiently and effectively with non-Czech speakers.

Other Uses of Czech Translation Services

The use of Czech translation services is certainly not limited to just business contracts and transactions. Translation from Czech to English could be required for numerous things, such as a prospective employer wanting to check Czech Police records, or passport information for example. The translation of naturalization and immigration papers could be vitally important. Technical manuals, legal documents, Academic papers, could all require translation from Czech to English or vice versa to ensure the right information is received and understood. A qualified and experienced native Czech speaker with English as a second language should always be used to translate any important documentation whether it is in written form or on the web.