Officially there are two variations of the Norwegian language used in Norway. Bokmål is the more common variation, and is predominantly used in the main urban areas and in the East of Norway. The second variation is Nynorsk, generally found in the Western regions of Norway, and is only used by approximately 8% of the Norwegian population. Derivatives are quite limited in the Norwegian language, so often Norwegian translation services insert the occasional English word if no Norwegian equivalent is available. The majority of business documents are usually written in Bokmål, but the Norwegian government and its agencies strive to produce at least a quarter of all documents in Nynorsk. 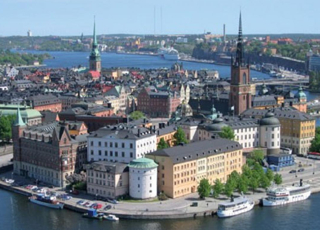 Norwegian Translation Services can cover a wide variety of applications, including:

Statistics show that as of 1 January 2013, 14.1% of the total population of Norway were immigrants or children of two immigrants. Immigration has rapidly increased each year since 2005. By 2011, the figure had reached 47.032 and this was largely the result of immigration increases from the EU, particularly from Poland.

The immigrant community grew to 55,300 in 2012, accounting for 72% of Norway’s population growth. Among the largest groups were children born to Pakistani, Somali and Vietnamese parents who had immigrated to Norway. This resulted in an increased need for Norwegian translation services, to ensure any legal documentation associated with the immigration was understood by all parties.

Norway is a wealthy country and is rated among the richest countries worldwide, measured by GDP per capita. One of the biggest sources of revenue comes from the petroleum sector, and from the export of metals. Rich in natural resources, Norway is a major producer of ferro-alloys and aluminium. With the fourth largest fleet in the world, shipping is the traditional economic activity along with fish farming and fisheries. Both the UK and the US have strong commercial ties with Norway, and accurate Norwegian translation services ensure these business partnerships continue to grow.