The native language of millions of people worldwide, Spanish is one of the five most commonly spoken languages. In the US alone, Hispanics are the largest minority group. Spanish is also one of the official languages of the European Union, with an estimated 50 million speakers. The official language of Spain and most of the Central and Latin American countries, it is divided into two dialects – Castilian Spanish and Latin Spanish. Spanish translation services will ensure the correct dialect is used when translating any documents, web pages, business communication and advertising materials, as there are quite significant differences between the two dialects. 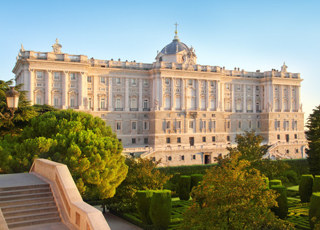 Spanish Translation Services can cover a wide variety of applications, including:

One of the largest trading partners of Spain is the UK, with the UK being a large exporter to Spain and Spanish companies in turn, are responsible for significant investments in the UK economy. The strong infrastructures in Spain such as education, health and business, all make Spain an attractive export market. The ability to trade in Spain also increases opportunities for foreign companies to gain entry into the Latin American countries in the future. In order to create good long-term relationships with potential businesses and consumers, Spanish translation services are necessary to produce marketing materials and business communications that will appeal to those with native Spanish as their first language. Websites, brochures, magazine advertisements all benefit from Spanish translation services to increase the profit potential.

Due to immigration, Spain is now a very multicultural society, with residents now from many non-Spanish speaking countries. Some of the more notable foreign communities within Spain are Romanian, Moroccan, Ecuadorian, Colombian and German, amongst many others. Immigration documentation such as birth certificates, marriage certificates, police reports and medical reports all require Spanish translation services, not only for legal purposes, but also to improve the success of relocation and subsequent employment search.