The official language of the Republic of Macedonia is Macedonian, which belongs to the Eastern group of South Slavic languages. It is also an official minority language in parts of neighbouring Romania, Albania and Serbia. The standard Macedonian language was implemented and codified in 1945. Prior to this, the Macedonian dialects were often considered dialects of Bulgarian or Serbian, and in fact, all three languages are very similar to each other, enabling a mutual understanding between them. Because of this similarity between the three languages, it is important that Macedonian translation services are undertaken by a native speaker of Macedonian. Other languages spoken in Macedonia include Albanian, Romani, Turkish, Serbian/Bosnian and Aromanian, due to the ethnic diversity within Macedonia. 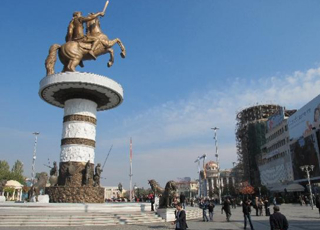 Macedonian Translation Services can cover a wide variety of applications, including:

The Macedonian economy has been greatly impacted by the Yugoslav wars, the Bosnian war, the Kosovo war and the Albanian crisis. Because of the dispute over the naming of the Republic of Macedonia, Greece imposed a trade embargo, which ended in 1995, but also greatly affected the economy.

Now Greece is one of the most important business partners of Macedonia, and has purchased many former state companies in Macedonia. Other important business alliances are with Germany, Italy, Slovenia, Austria Turkey and the US, increasing the need for expert Macedonian translation services.