In this growing world of international communication, it is vitally important to ensure that what is being said is the same as what is being understood. Important information can be lost or misrepresented by incorrect translation. For example, when Coca Cola first introduced ‘coke’ to China, they called it Ke-Kou-Ke-La, which was printed on thousands of promotional signs. Unfortunately for Coca Cola, the differences in dialect resulted in this being interpreted as “bite the wax tadpole”, or “female horse stuffed with wax”. The use of Chinese translation services would have prevented not only thousands of misspent dollars, but also a huge amount of embarrassment for Coca Cola. 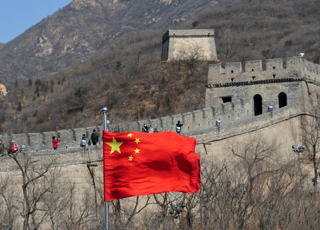 Chinese Translation services can cover a wide variety of applications, including:

There are an estimated 1.2 billion native Chinese speakers, and with so many language dialects and varieties, it is important to use an experience translator, as some of these dialects are not mutually understood. The two most common dialects are Mandarin and Cantonese. Mandarin is the most common language spoken throughout China, whilst Cantonese is used more in specific regions. Another complication of Chinese language translation is that there are two different forms of written language, one using Traditional characters, and the other uses Simplified Characters, and it is vitally important that the correct character set is used for successful translation. Simplified Chinese is more commonly used when translating documents in mainland China or Singapore; however Traditional Chinese should be used in Hong Kong, Taiwan or Macau. Therefore Chinese translation services should be utilized for any written communications with these countries.

What to Expect from Chinese Translation Services

A Chinese translation services expert should be more than capable of accessing what form of the Chinese language would be most suitable for translation purposes to ensure that each party fully understands whatever is being conveyed, whether it be written or spoken. This is essential particularly in the global business community to prevent such mistakes as the one committed by Coco Cola.