As the official language in 29 countries around the world, French is the second most taught language after English. Worldwide there is an estimated 129 million speakers of French, covering all the continents, a feat which is comparable only to the English language. French is the only official language of France, and is also the official language in countries such as Belgium, Canada, Switzerland, Monaco, and Niger, just to name a few. Because of the widespread usage of French, many dialects exist, leading to the development of European French, African French and Canadian French. French translation services are necessary to ensure the right dialect is used to reach the appropriate target audience. A document translated in European French could have different meanings and undertones if it was intended for users of African French for example. 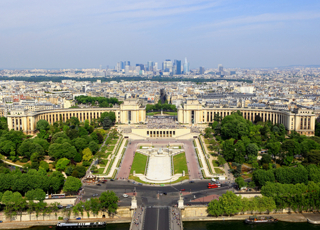 French Translation Services can cover a wide variety of applications, including:

Many important international organizations use French as the main language in communications. These include the UN, Interpol, the European Union and the Red Cross, and any communication between these organizations and non-French speakers around the world requires the correct French translation services. Inaccurate translation of such important information could have a worldwide impact.

With the third largest economy in Europe, and a forecasted steady growth continuing, France is an important market for international trade. Canada has one of the highest levels of internet use, and Belgium has an Internet penetration rate of around 48%. With such a vast number of French speaking consumers shopping and doing business online, French translation services are high in demand. Translating websites and web pages into the appropriate French dialect can boost internet sales and attract attention, as most consumers prefer to do business in their native tongue. Brochures, letters, and other advertising materials translated into French will also assist in reaching targeted audiences.