Portuguese is one of the most widely spoken languages, with over 216 million native speakers worldwide. It is also the official language in nine countries, including Portugal, Brazil, Cape Verde, Angola, Equatorial Guinea, Mozambique, Sao Tome and Principe, Guinea-Bissau and East Timor. Large Portuguese speaking minority groups can also be found in Australia, Bermuda and Andorra.

There are slight differences between Brazilian and European Portuguese, although most of the grammar rules are the same. Spelling of some of the words and the fact that Brazilian Portuguese borrows more words from English language than the European Portuguese makes it essential to know which your target market is before undertaking Portuguese translation services. 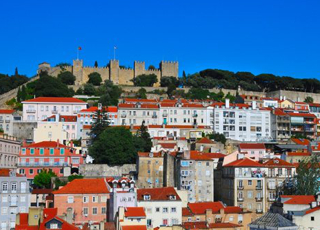 Portuguese Translation Services can cover a wide variety of applications, including:

The quality of life, strong infrastructures in the areas of health, business and education, and the common EU framework, make Portugal very easy to trade with and an attractive export market for the UK. Britain is one of the largest investors in Portugal, and the use of Portuguese translation services reinforces the strong commercial links between these two countries. By translating all business, advertising, media and correspondence from Portuguese to English and English to Portuguese, trade and business communication can take place unimpeded by the language barrier.

Portugal is the home of many scientific, medical and technology research centres, including public university centres and state-managed autonomous research institutions. Some of the more prominent areas of research are the biosciences, including cell biology, neuroscience, oncology and nanotechnology. With such a strong emphasis on science, Portuguese translation services can translate any technical papers so they can be widely received by non-Portuguese speakers, thus sharing the knowledge worldwide. Portugal holds membership with many pan-European scientific organizations, including the European Space Agency, the European Laboratory for Particle Physics, ITER and the European Southern Observatory. Of note, the first Portuguese physician to be awarded the Nobel Peace prize in Physiology or Medicine was a neurologist by the name of Egos Moniz back in 1949.