Part of the South Slavic group of languages, Serbian is commonly used in Serbia, Croatia, Bosnia, Herzegovina, Montenegro and amongst the Serbian diaspora. The most common form of Serbian language, Standard Serbian, was developed from the Shtokavian dialect, enabling speakers of both standard and Shtokavian to mutually understand each other. The other dialect spoken by Serbs is the Torlakian, predominantly used in southeast Serbia and near Macedonia and Bulgaria. The Serbian vocabulary contains many words borrowed from other languages, such as Turkish, German and Italian. Two of the most commonly known Serbian words now in use in multiple countries, are the words “paprika” and “vampire.”  Serbian translation services are necessary to understand this language, particularly in written form, as two forms of alphabet are used, the Latin and the Cyrillic. 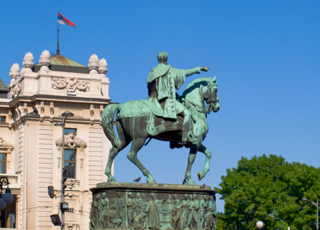 Serbian Translation Services can cover a wide variety of applications, including:

The main source of economy in Serbia comes from services, agriculture and manufacturing, with a heavy reliance on foreign investment and exports. Serbia has free-trade agreements with Russia, Kazakhstan, Turkey and Belarus, as well as large trade agreements with the United States and the European Union, giving rise to the increasing need for Serbian translation services to communicate effectively with so many non-Serbian speaking countries. Considering Serbia supplies approximately one third of the total world’s supply of raspberries, and is the leading exporter of frozen fruit, it is no surprise that there is a heavy reliance on Serbian translation services to be so successful in marketing their produce worldwide.

Many notable inventors and scientists hail from Serbia, and Serbia is well respected for the academic contributions to the fields of technology and science. Figures in 2011 showed that 10.6% of Serbian inhabitants held bachelors or masters degrees, with 5.65% having associates degrees. With such a high level of education statistics, the use of Serbian translation services enables any academic papers, such as research theses, can be utilized by anyone in the world.